Learn how to play Lava on ukulele from Pixar’s 2014 short movie of the same title. It’s a piece of wonderful music and very easy to be taught. Read on to assist with the strumming pattern, chords, and song structure.

Lava is a 7-minute computer-animated short movie released by Pixar in 2014. It tells the story of a lonely volcano named Uku. That’s as much as I’ll say as I don’t wish to spoil it for you in case you haven’t already seen it. It features a wonderful song, in case you haven’t heard it take a look at this video.

You’ll see lots of tutorials telling you the strumming pattern for Lava is D DU UDU which misses out the 3rd down strum. They’re incorrect, you may clearly hear the 3rd down strum if you pay attention. The actual pattern is D DUDUDU however the dynamics which are used soften a few of these strums so it doesn’t sound quite so rigid.

It’s a very easy song to play on the ukulele but while you listen to it you’ll discover some subtleties in the dynamics that stop it from sounding too one-dimensional. It’s an excellent example of what might be done with a quite simple song. When you get comfy playing it by means of spending a while on getting these subtleties in your version too.

Chords in This Song

There are simply 3 chords in the song and they should all be pretty familiar in case you ever picked up a ukulele before. These chords are C, F, and G7.

The great thing about Lava is that it’s easy to play, the chords are easy and the strumming is pretty relaxed. Kuana Torres Kahele and Napua Greig do an excellent job on the vocals – if only I could sing like that! 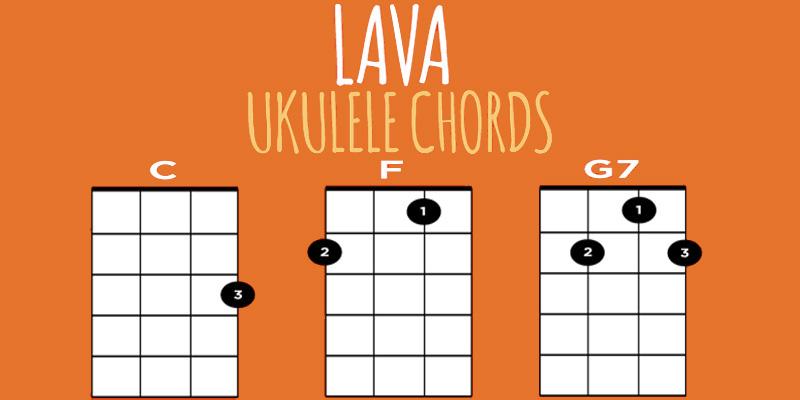 There are only 2 actual sections to become familiar with. The intro/verse and the chorus. There’s nothing too difficult going on with them but right here’s the structure.

Basically, you’re playing 2 measures of every chord with the exception of the 3rd C within the intro/verse and the 5th F within the chorus.

Halfway through the song, the tempo slows down however you’re still playing the same chords and the same strumming pattern.

How to Play Lava on Ukulele

How to Play B Minor on Ukulele + 3 Easy Variations!

How to Play Hey There Delilah on Ukulele in 5 Easy Chords!