Home » Guides » How to Play B on Ukulele + 3 Easy Variations!
Guides

Starting ukulele students usually have this frequent experience: You might be rolling right alongside, strumming, and singing, you got your C chord down, Am, F, even G. Then you must play a B and also you decide to take a break. Well, that is not the solution if you want to learn this new chord.

The B is probably the most dreaded starting chord for the aspiring ukulele player. Let’s break it down and see why it’s so troublesome (because it’s, you’re right), and the right solution to play this ukulele chord so that it’s going to become as simple as the other chords.

B Chord on Ukulele: How to Play It

The B uses what is named a “barre” (pronounced “bar”). Your first finger has to press down on two strings directly – the first and second strings each on the 2nd fret. That is the barre. Then, your second finger frets the third string on the third fret, and your third finger the fourth string on the fourth fret.

When playing B on the ukulele you may both fully or partially barre your index finger. If using the full finger leave it barely over the top of the 2nd fret and press down on the remainder of the strings, ensuring none are muted.

A partial barre is utilizing the top of the index finger to play simply the E and A strings. On the C string, the third finger performs the third fret, and the ring finger performs the fourth fret of the G string. The final two fingers need to remain as straight up as possible in order that they don’t interfere with different strings.

To repeat the steps: 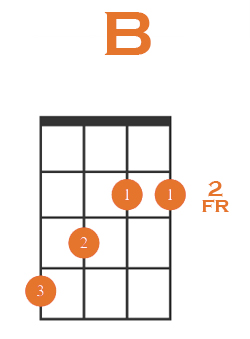 Well, unfortunately, even the inversions of this chord are difficult. We will go with several other ways how you can play the B Major chord and we hope that you will find some of these easy to use. Not that the root position is that hard, but it is way more complex compared to the other major chords, except E major – which is a real pain.

Here is one other way how you can perform this chord down:

We said it is not going to be an easy task, but with some practice, you will be able to nail it. If you find it easier, you can go full barre with the index finger and focus more on the other fingers and proper arch not to mute any other strings. 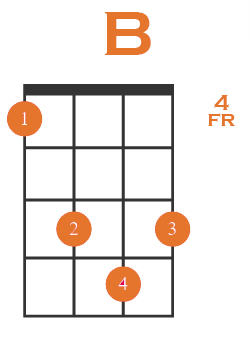 Here is the right order of positioning and below, as always, you will be able to find a diagram of how to press it right:

Much easier, right? Well anyway, you will need to practice it and use it when you will find it easy to transition from or to some other chord. 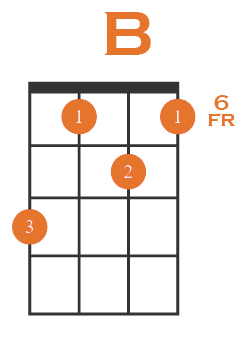 How to Play B Chord on Piano

The B major chord like all main chords is a three-note chord (a triad). As a result of the fact that it’s a major chord, it has a cheerful, optimistic sound, not a down sound as is typical of minor chords.

When performed on piano this chord is made up of 1 white key and two black. The B major scale itself makes use of all 5 black keys, however, the B major chord only makes use of two.

Famous Songs that use the B Ukulele Chord

“What Makes You Beautiful” is a tune by the English-Irish boy band One Direction. It was their debut single and lead single from their debut studio album, Up All Night (2011). Written by Savan Kotecha and producer Rami Yacoub, the tune was published by Syco Records on 11 September 2011. 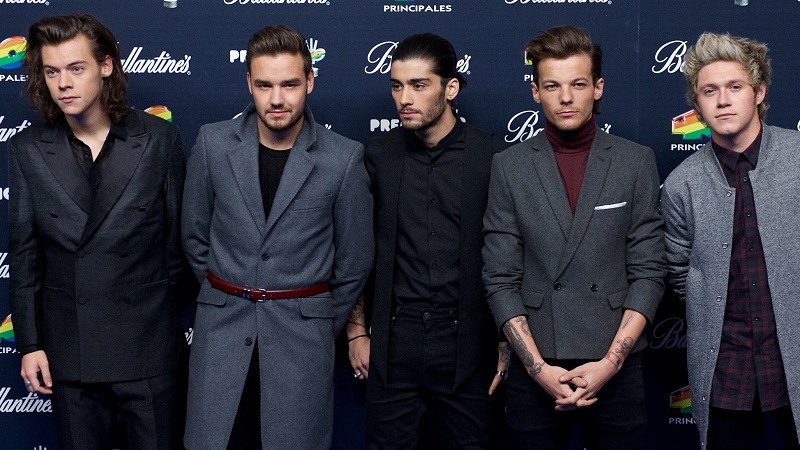 This song can also be easily performed with a ukulele and it also has our new favorite chord – the B Major. With this new song that you will be able to play with the B chord, you will be in trend with the youngsters and the new modern music that is coming out.

The guys from One Direction made a huge boom on the music scene, so this tune will certainly be recognized when you play it. 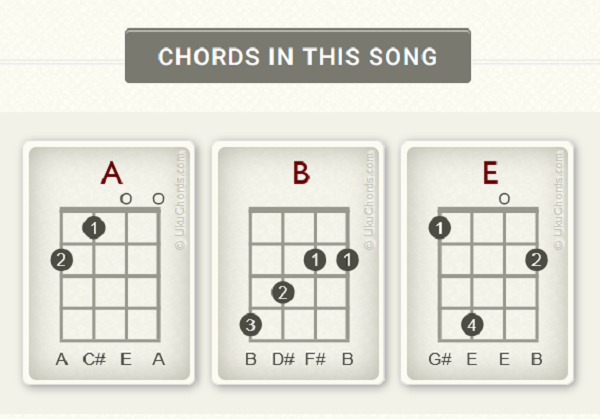 Conclusion – How to Play B on Ukulele

So here we are at the end of another hard chord. We provided you with some general and basic information about this chord and step by step process on how you can perform it in the root position and in a couple of other variations when you play ukulele chords.

Hard work is always appreciated and this chord requires it. If you are a hard-working person and ukulele player, this will be just a fun challenge for you. So head on and learn this one and do not forget to practice!

Below you will be able to find a video on how to play B Major Chord on Ukulele!

If in case you have any questions on the B Ukulele chords please let us know in the comments.