How to Play E7 on Ukulele + 3 Easy Variations!

How to Play E7 on Ukulele + 3 Easy Variations!

Here we are again! In this article, we will be sharing our two cents on how to play the great E7 on your ukulele and we will try to provide you with some variations to this amazing chord. Used in various cases and songs, the E7 is often a chord that many beginners overlook at the start, but later on, are eager to learn it.

If you are one of those guys, be patient and scroll below to find all the details needed for how to play the E7 on your uke. 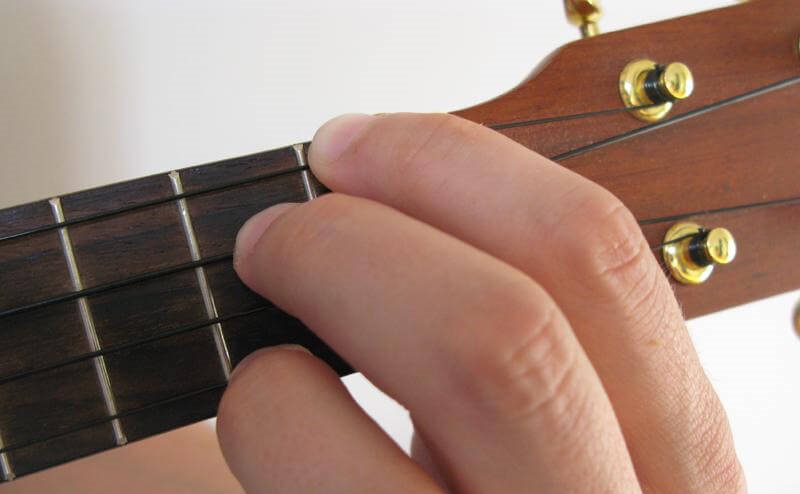 Play E7 on Ukulele: How to Play It

Maintain the top finger joints as straight up as doable so they don’t contact the other strings. Be certain the middle E string is just not muted as that’s important for the chord! As long as you retain your fingers perpendicular the E7 is nothing too tough.

In case you’re already aware of the E major chord, you’ll discover that the E7 chord is nearly exactly identical, however with one added note. Including the seventh note provides this chord its distinctive, jazzy sound. You’ll encounter seventh chords in all genres of music, like jazz, blues, rock, and pop. They’re typically utilized in transitions or to steer up to the decision of a chord development.

Now let’s see what are the options for playing this chord and the best variations to use. 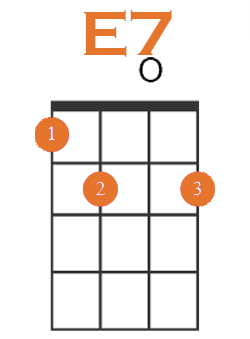 We like to call this a medium hardness chord. Not too easy – not too hard. With a simple rinse and repeat practice, you will be able to nail the pressing and it will come naturally to you once you find it in a particular song.

The second variation of this chord includes a barre chord. We already went through chords with barring the strings and we believe that this should not be a problem for you anymore. To do it right, you will need to do the following thing:

Just remember to press the barre properly and not leave in some strings will low pressure on them. Everything else will sound correct once you strum this pressing.

For this chord, we will stick only with the root position and two more variations of it. We think that these will be enough for you to know since the other variations to it require to go really deep into the fretboard and there might be hard to do it and far away from the spot where most of the chords are played. So here is what you will need to do for this final variant: 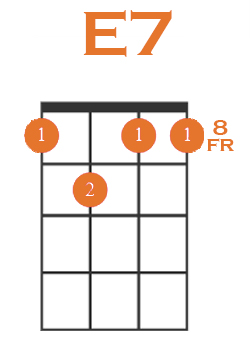 Another barre, another easy task. We believe that there is no need to further explain what to do because the same guidelines apply as in the previous version.

How to Play E7 Chord on Piano

Initially, let’s check out the E major scale. This scale consists of the notes E, F#, G#, A, B, C#, D#, and E. Because the 7 chord system is 1 – 3 – 5 – 7b, the notes of the E seventh chord is E – G# – B – D. What we’ve accomplished here is mix the root, major third, perfect fifth and flat seventh of the E major scale. As an alternative to playing the seventh note of the major scale (the note, D#), the note is performed a semitone lower.

Conclusion – How to Play E7 on Ukulele

Well, for E7 unfortunately we were not able to find a famous song where this chord is frequently used. The case with this chord when it comes to playing and including it in a song is very tricky because, on some occasions, you will need to play E7 instead of E major chord. This is an interesting way for every ukulele player to go ahead and try this out to see if the E7 chord will be a better pick for the song you have at hand or not.

The experimentation goes really well when you are training a chord like this one. Do not fear, you will have a chance to try it out. The important thing here is that you are done with learning how to press this incredible chord variation and you will not hesitate if you know it.

We are grateful if you are reading this part because that means that you are done with the guide. In case you have some questions or concerns, please address them in the comment section. That will be it for now!

Below you will be able to find a video on how to strum E7 Chord on the Ukulele!

If in case you have any questions on the E7 please let us know in the comments.

How To Play Jingle Bells On The Ukulele - Best Way In Just 5 Chords!

Useful Wall Ukulele Mount That You Need to Have in 2021

How to Play Happy Birthday on Ukulele in 3 Easy Chords!

Why You Should Invest In Amazing Lanikai Uke In 2021

Ukulele Accessories – Best 14 Units That You Can Go For!