How to play Can’t Help Falling In Love on Ukulele + Beginners guide!

Analyzing his boss’s music was most likely not among Alan Fortas’s primary duties as a part of Elvis Presley’s personal entourage in the 1960s, and so he could be excused for not recognizing that “Can’t Help Falling in Love” would turn out to be one of Elvis’s most famous recordings. 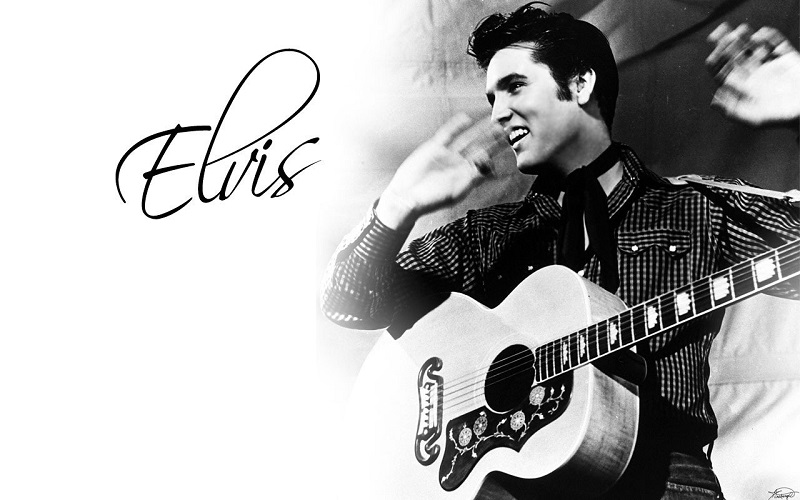 Elvis recorded the song during the soundtrack recording sessions for his 1962 film Blue Hawaii.

The sessions were held in Hollywood at Radio Recorders studio on March 21-23, 1961. Elvis taped “Can’t Help Falling in Love” on the session’s last day. George Weiss, one of the song’s three composers, claimed that the film producers and Elvis’s aides disliked the track, however, Elvis still insisted on recording it for the film.

Getting the tune recorded proved difficult. The original tempo was too slow, requiring Presley to pause seemingly between each word within the lyrics.

He became more and more frustrated because the number of false starts and abandoned takes mounted up. Increasing the tempo finally allowed Elvis to put down a smooth vocal track that satisfied him.

In contrast to Alan Fortas’s bland reaction, Presley recording session professional Ernst Jorgensen believes Elvis was more than happy with the final product: “The ambition and concentration he put into a marathon twenty-nine take of ‘Can’t Help Falling in Love’ on the final day suggested how seriously he took the beautiful, intimate ballad.

When he was done, he seemed already aware that he’d created a classic.”

“Can’t Help Falling in Love,” based on an 18th-century French melody, was written by George Weiss, Hugo Peretti, and Luigi Creatore. Presley’s 1961 version was the first recording of the track, revealed by Gladys Music, a company created in 1956 to allow Presley to collect future royalties on the songs he recorded.

In Blue Hawaii, Elvis sang the love song not to his girlfriend, but rather to his grandmother at her birthday party. When she opened the music box he had given her, Elvis sang “Can’t Help Falling in Love” as the music played.

Through the years, “Can’t Help Falling in Love” has remained Elvis’s most covered song.

Among the dozens of other artists who recorded it are Keely Smith, Andy Williams, Al Martino, Bob Dylan, The Stylistics, Shirley Bassey, and U2. In addition to Blue Hawaii, the song has appeared in numerous different movies, including Coyote Ugly (2000) and Disney’s Lilo & Stich (2002).

Elvis, of course, sang “Can’t Help Falling in Love” live hundreds of times, beginning in 1968, when he performed it before a live studio audience during the taping of his NBC television “Comeback” special.

Then, starting with his 1969 Las Vegas engagement at the International Hotel, Elvis used “Can’t Help Falling in Love” as the closing number in hundreds of his stage shows in Las Vegas and while touring around the country through mid-1977.

Included was the satellite broadcast of Elvis’s 1973 Aloha from Hawaii TV special. In his Presley biography, Peter Guralnick described the final act of that concert:

“‘You’re a fantastic audience,’ he says, then launches into ‘Can’t Help Falling in Love,’ which he ends down on one knee, his back to the audience, his cape spread out in that familiar pose of humble adoration, combined with self-adoration that the world has come to accept as Elvis in any language.”

Lastly, it should be noted that “Can’t Help Falling in Love” was the last song Elvis sang in public prior to his death in 1977. It was the closer of his final concert at Market Square Arena in Indianapolis on June 26, 1977.

Today we are going to learn how to play the “Can’t Help Falling In Love” cover and ukulele version that was done by Twenty One Pilots.

It is a very good and well-known Ukulele cover with millions of views on Youtube.

How to play Can’t Help Falling In love on Ukulele

As we already mentioned a couple of times, a strumming pattern is mostly a choice of the person who is playing this song.

Additionally, you can try this pattern also – DDUUDU (Down, Down, Up, Up, Down, Up) because it sounds also great.

In case if you want to bring a different vibe you can try fingerpicking and it brings a really beautiful addition to this melody (Bernadette video at the bottom – rewind to minute 3:00).

You will be in a position to play Can’t Help Falling In Love perfectly on Ukulele with good practice and determination.

Once you master this song you will definitely have a great time playing it with your friends and family.

If you are looking for some additional lessons and songs that you can play on your ukulele feel free to check our ukulele lesson for the song Creep By Radiohead.

Best Violin Bows for Professionals In 2022

Best Banjo Straps: Best 10 Models That You Can Find!

Best Banjo Cases: Top 9 Cases and Bags for Your Banjo!

Violin Accessories: 12 Most Important Pieces for Your Violin!