What Has Been the Electric Guitar Evolution Throughout History?

Electric guitars have been featured in so many iconic songs from Jimi Hendrix to Pink Floyd to the Beatles, making them a sacred relic of rock’n’roll. There are probably a lot of instruments that have been shattered on stage as well…

In terms of its own evolution, the instrument has made tremendous strides. However, do you know how the electric guitar was created?

Knowing this history won’t make you a better player, but it will help you place your practice in a wider cultural context. It could inspire beginners to learn well-known pieces of music and improve advanced players’ techniques. As well as helping you understand the guitar’s physical object: its solid body, frets, pickups, knobs, and coils.

How about taking a guitar class and brushing up on your knowledge?

Rickenbacker Was the First Electric Guitar to be Produced

Adolph Rickenbacker invented the first electric guitar during the 1930s, which was named after him. This experiment was more of a prototype than a finished product.

Jazz music became increasingly popular in the 1950s and 1960s, resulting in a need for louder guitars and less feedback. This led to the invention of the solid-body guitar.

The Fender Broadcaster was the First Solid-Body Guitar

During his time as a guitar luthier, Leo Fender noticed that there was a movement toward louder guitar music, but that semi-hollow guitars of the day couldn’t keep up, so he invented a guitar with a solid body and no feedback, which he called the Fender Broadcaster, which was later renamed, Telecaster.

Leo Fender is incredibly famous for creating the Stratocaster, a double-cut guitar that pushes ergonomics. It’s incredibly comfortable thanks to the curves and cuts near the neck.

Having humbuckers allowed heavier music like rock and metal to become popular. Basically, they’re meant to stop hum, which would occur when single-coil pickups are played through an overdriven amp (to get the distorted sound).

The tone of a humbucker is much fuller and deeper, while a single coil is brighter, thinner, or duller.

Ibanez asked Steve Vai to design the first seven-string guitar in the ’90s. They wanted to create a new market for guitars, and they did.

Fender Precision Bass: Back to Basics

The electric bass was also invented by Leo Fender. As a result of his belief that upright bassists could not obtain the precise selection of notes they needed, he created this instrument. He found it difficult to play upright basses due to their fretless nature. The precision bass is shaped like a guitar with frets and humbucker pickups. Because of the frets on the fingerboard, it is called a precision bass. Additionally, it made bass much more accessible because it was cheaper, smaller, and more portable than upright basses.

How Important is Innovation in Guitars?

To see if people liked innovative guitars, it is made a survey with a variety of Fender Stratocasters and Strandberg Bodens.

According to the survey, the most popular guitars are the Gibson Les Paul and the Fender Stratocaster. The Abasi Larada 8 with its ergonomic body and 8 strings didn’t get a vote. Fender Stratocasters have single coils that hum constantly, so why is Gibson Les Pauls so popular? They became incredibly popular due to the famous guitarists who played them, like Jimi Hendrix, Eric Clapton, Eric Johnson, and many more. It’s important to keep in mind that most people don’t know much about guitars, and the majority just like the way they look.

My guitar teacher also answered 8 questions about this. In response to the question of whether innovation in guitars is important to him, he said, “No not really. I own magazines and stuff like that, but once I realized what I wanted in life and that was guitars, I realized they are just guitars.”

As its sounds have changed, musicians have developed new styles.

There was blues music before electric guitars…

It was played on acoustic guitars and pianos by slaves. The genre evolved to include electric guitars over time.

There’s a musical strand that descended from the blues called jazz.

It was also played by slaves, but the harmonies were generally better, surpassing the blues’ three chords.

It’s because of this music genre that electric guitars are so popular today.

Rock music was born in the 1960s, and it was pretty much a match made in heaven with the electric guitar, following the more dance-oriented rock’n’roll (encapsulated by Elvis Presley).

In the 1970s, rock reached its peak thanks to Led Zeppelin, The Who, and the Rolling Stones.

And don’t forget about Robert Johnson, a major artist of the 1930s whose blues-style music influenced rock’n’roll’s biggest stars!

The rock genre is perfect for learning how to play the electric guitar!

American and British folk songs have been a part of popular music since the beginning.

Little by little, this moniker was applied to the international variety of music we now hear on the radio. There’s also some rock in pop music.

There’s a reason why some groups like the Beatles identify with both currents.

A hard rock derivative was born while the rock was developing.

Unlike other hard-edged music styles, this style focuses more on the music than the singing.

There are a few things that make this music genre different from hard rock, like its guitar effects.

As opposed to hard rock, heavy metal distances itself from blues and rock. The electric guitar’s iconic distortions create its fundamental sound.

Many of heavy metal’s themes are medieval, like evil and hell, and that gets them in trouble with the religious community.

Whether it’s rock and roll, jazz, metal, or anything in between, the electric guitar plays a big part in many different musical styles. There have also been a lot of variations, like the bass guitar, which plays lower notes, and the electric mandolin, which has a pickup.

Overall, electric guitars have come a long way since they were invented in the 1930s. It started out as an amplified version of the acoustic guitar but has evolved into an iconic symbol of rock ‘n’ roll.

My name is Bill, and I am a musician and music enthusiast who has a deep love and passion for anything and everything stringed that moves my soul. It is an honor to be a part of the team at our website dedicated to stringed instruments, and I look forward to sharing my passion and knowledge with our readers as well.

Ibanez Artcore AS53 Review: Amazing Blend of Style and Sound 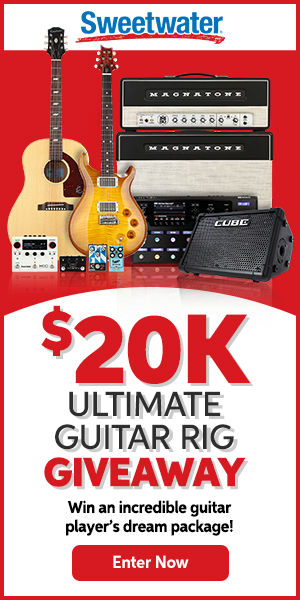 Guitalele vs Ukulele – The Best Guide for 2023! 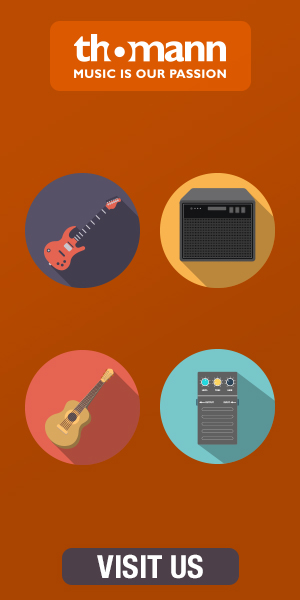